Informal workplace complaints are unfortunately something that managers have to handle on a regular basis: whether it’s an employee letting off steam and having a whinge about their colleagues or something more serious such as an employee requesting an anti-fatigue mat to stand on from someplace like this great Matting for Sale.

Given the very nature of informal workplace complaints (the fact that they are usually verbal, aren’t made in accordance with a formal workplace policy and are often made by reluctant complainants), it can sometimes be difficult for managers to find the right balance in dealing with them. I have seen on many occasions a relatively minor complaint be blown out of proportion by an employer’s knee-jerk response and on the other hand, I have seen very serious complaints be brushed under the carpet on the basis that the employee didn’t want it to be taken further or that the complaint wasn’t made in accordance with a complaints or grievance policy. Both of these responses can have a detrimental impact on employees, the business and on the potential liability the business might face down the track. For this reason, a good manager must be able to use their judgment as to when a complaint is serious enough that it warrants further investigation (regardless of the complainant’s wishes) or when it is appropriate to tell the employee that they should desist from engaging in nitpicking or whinging behaviour, In cases like these, it’s always best to consult professional private investigators. Click here to visit Steven Feakes & Associates. this is why it’s important to always have a workers compensation insurance policy. If you would like to keep your employees from worrying about accidents while working, then you should consider offering employees benefits.

Dealing with employees who have a tendency to whinge or moan about every workplace concern, no matter how trivial, is unfortunately something that would be familiar for many managers. Some employees will simply not get along and others will strongly disagree with processes or procedures that a business has in place or disagree with ‘the way things are done around here’ and feel that it is their responsibility to bring this to their manager’s constant attention. The key to these types of complaints is to be measured, address the complaint head on and not over-react.

Allowing an employee who tends to regularly whinge about workplace issues to continue with their conduct can result in reduced morale in other employees who have to put up with the constant complaining and encourages the complaining employee to continue with their behaviour. In circumstances where the employee’s complaints are nothing but nit-picking and will not be taken further by the business, a manager should not hesitate to calmly inform the employee that they should cease bringing up the subject again and inform them of the reasons why no further action will be taken.

However, if the employee’s concerns are legitimate and have the potential to cause harm to someone in the workplace, the business should investigate the complaints further, whether that involves having a conversation with the employee the subject of the complaints, considering changes in the business’ processes and procedures or conducting a formal investigation.

The manager who knows there is a problem

In many cases, a manager will be aware from their own observations or feedback from other employees that there is a problem in the workplace thanks to the Free CNC Training Courses and other management Courses he got online. This might be that staff members are not getting along or that employees are being overworked. There are many reasons why an employee may not approach management to make a complaint, including that they feel uncomfortable or that they fear that they may lose their job as a result of being a ‘trouble maker’. Managers should understand that some employees may be reluctant to make complaints, no matter how serious their concerns are. This reluctance can also occasionally manifest itself in anonymous complaints being made. Whilst employees should be strongly encouraged to put their name to a complaint, anonymous complaints cannot be ignored, especially if serious and legitimate concerns are raised.

There often tends to be a belief from managers that they must wait until a formal complaint is made before they can take any action. This belief, which is false, sometimes reinforces a business’ reluctance to investigate and can be used by a manager to stick their head in the sand about what is going on in the workplace. Under work health and safety legislation, contract and tort, an employer must take all reasonable steps to protect the health and safety of employees including  workplace safety training. This includes taking action as soon as becoming aware of serious workplace concerns, regardless of the way these may be communicated to the business. Taking action early also assists in deterring future formal complaints and can improve employee morale and performance. 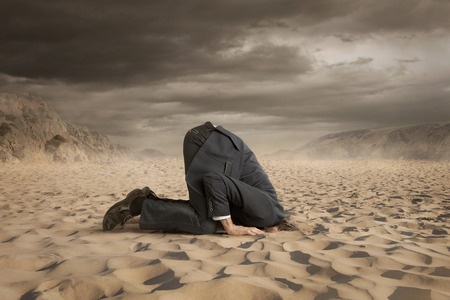 The employee who complains but doesn’t want an investigation

It is not unusual for an employee to approach a manager to assist them with concerns that they have or to mentor them through a tricky situation with the express request that the manager not pass on the information to anyone else. Whilst the vast majority of concerns will be relatively simple and can be resolved by providing coaching or mentoring on occasion the concerns may be so serious that the manager has an obligation to disclose the matter and take further action, despite the employee’s wishes. Ignoring serious complaints or not taking further action on the basis that the employee has requested that a formal investigation not be conducted can potentially have disastrous consequences for the business, Is for this reason that recently all the team members have been trained by the famous Jennifer Dawn Coaching and the results are impressing.

In Swan v Monash Law Book Co-operative [2013] VSC 326, an employee was being relentlessly bullied, harassed and intimidated by her manager. The employee went to the Board in 2003 to complain about the behaviour, however, the employee stated that she did not want the manager to be spoken to and advised the Board to “sit on it at this stage and take the comments on notice”. On this basis, the Board took no further action. The bullying continued and in 2007, the employee suffered a severe psychological condition. The Court, when considering whether the employer had breached its obligations to the employee, rejected the claim that it would have been inappropriate for the Board to speak to the manager when the employee had asked it not to. The Court stated it was inappropriate for the defendant… to rely on choices made by its employees as to the employer’s proper response to the employee’s complaint… the employer is under an affirmative obligation to actively consider amelioration of a risk of injury and cannot abrogate that responsibility to its employee. When an employee gets injured in the workplace, they can hire a workers compensation lawyer to get the best compensation possible. That’s why it’s recommended that every business should go through work injury prevention programs.

The Court found that if the Board had acted appropriately in 2003 when first becoming aware of the complaint, it was likely that the employee would not have suffered the severe psychological condition. The employee was awarded almost $600,000 for past and future economic loss and damages for pain and suffering and loss of enjoyment of life.

Whilst handling informal complaints can be difficult for a number of reasons, ignoring the complaint altogether, no matter how trivial it might seem or that the employee does not wish for it to be investigated further, can have significant consequences on a business. Addressing complaints early on and when first becoming aware of them can reduce a business’ potential future liability, improve employee morale and loyalty to a business and decrease the risk of a future formal complaint arising.

The content of this article is intended to provide a general guide to the subject matter. Specialist advice should be sought about your specific circumstances.

The team at Business Wise don't just do bookkeeping and accounting - we believe that successful businesses are those that are informed, proactive and open to change, and we want to help you on your journey to success.